Gaelic, Norse, Brittonic? A look into the history and origins of place names around our area

A stream falling into the Einig, a tributary of the Oykel, is called Abhainn Dubhach, the ‘sad or gloomy river’.  Lamentation Hill in Culrain takes its name after Montrose’s defeat in 1650. A contemporary account of the battle says it happened at “Craigchoynechan, besides Carbesdell”. William Watson argues that the name comes from Creag a’ Chòinn-eachan (‘rock of the mossy place’) instead of Creag a’ Còineadh (‘rock of the lamentation’) as recorded in the OS Map, since the name was given before the battle took place. Unlucky places are common: Poll an Donnaidh, ‘pool of the mishap’ in the River Carron; Cnoc na Tubaist (Glencalvie), a ‘hill of mischance’; Pattergonie (Oykel) is an anglicised corruption of the Gaelic Bad a dhonnaidh, ‘clump of the mischance’. Less common are happy places such as Creag Eabhain ’gladsome rock’ in Glen Einig, SW of Oykel Bridge, and the equally cheerful Loch Creag Eabhain, a shallow small loch 774 feet (236 m) above the sea level. 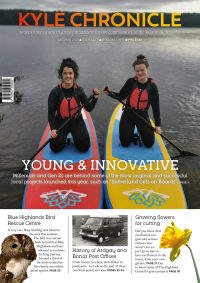 A look at the long history of our Post Office services in Ardgay and Bonar Bridge. From horse-drawn mail to the arrival of trains, and …

AGM: The 2021 AGM of Ardgay & District Community Council was held in June. Office bearers were re-elected to serve another year